by Georg Zachmann on 5th September 2013

After the European Commission in November last year and the European Council in May, it is now up to the European Parliament to affirm its commitment to make the internal energy market work. The vote on a corresponding report prepared by Jerzy Buzek is scheduled on September 10th. The report highlights important deficits of the internal energy market and presents numerous suggestions on how to address them. In preparation for this report, Bruegel has been requested to prepare a background document that quantifies the benefits of the internal market and proposes a blueprint for overcoming them.

Extending and deepening the internal electricity market is beneficial

A comprehensive quantification of the benefits of a genuine internal electricity market does not exist. However, empirical case studies and simulations suggest that additional integration steps – such as integrating balancing and reserve markets – promise significant yet unexploited benefits. The competition-enhancing effects of market integration are also not yet fully exploited. Furthermore, the infrastructure for cross-border electricity exchanges is increasingly a bottleneck. The cost of using major cross-border transmission lines increased by more than 10 percent between 2012 and 2013 to about €1 billion.

Benefits depend on who integrates and how integration is organised

We find that the benefits strongly depend on the systems‘ characteristics and the approach taken to integration:

There are numerous exercises quantifying the future need for energy infrastructure in Europe. The infrastructure needs they predict differ markedly because the ‘optimal network’ depends strongly on the assumptions made. These assumptions imply societal choices: How are the different objectives of network investments weighted? How will energy demand develop? Which technologies does the model include? How will the cost and availability of these technologies develop? Consequently, the process used to determine the ‘optimal network’ is more important than the numerical outcomes of individual studies.

Market design not adapted to the changing environment

The liberalisation of electricity generation and retail businesses, and the long-term shift in the generation structure towards variable renewables, is changing the electricity market environment. The value of electricity is more and more determined by factors such as capacity, ancillary services, location and ‘greenness’, which are remunerated through national schemes. At the same time the value of the component traded at European level – wholesale electricity and emission allowances – has decreased sharply (for an illustration, see Figure 1 for Germany). 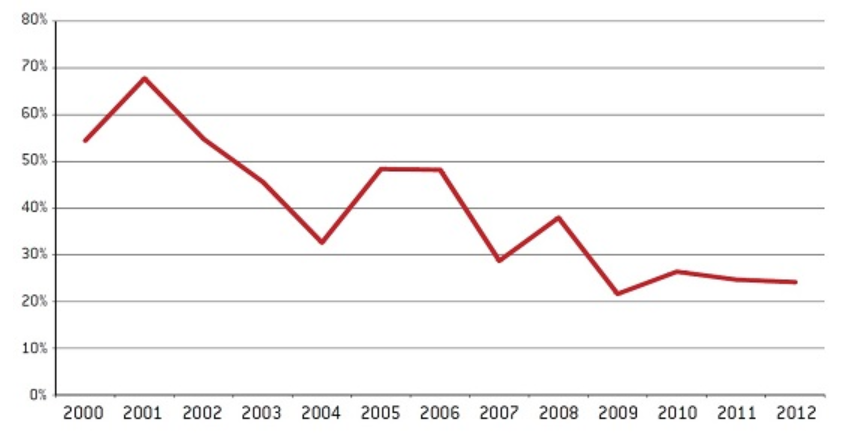 Source: Bruegel based on IEA and EEX.

Thus, the incentives for investment in the electricity system are becoming more and more driven by national administrative choices. The EU ‘Target Model’ that should be implemented by 2014 does not address the issue of establishing European markets for capacity, ancillary services, location and ‘greenness’. Consequently, the system under which these services are remunerated will matter more for an investor/operator than the location at which they could be economically provided.

Most transmission line investments in Europe continue to be based on national plans, that target domestic welfare maximisation or network cost minimisation, and are funded by domestic network users. This model fails in the international or cross-border context because both domestic and cross-border transmission lines cause significant spillovers onto neighbouring countries’ networks that are not properly addressed in national plans.

As a consequence, cross-border transmission capacity has not been substantially increased in the past five years. Previous European schemes lacked the system-wide overview and were either underfunded or too short-term. The European Union infrastructure package[1] is intended to deliver more cross-border electricity transmission. The cross-border cost-allocation method that it foresees could become quite powerful – but for the time being is only concentrated on a limited number of politically-selected individual projects.

Overall, network planning continues to be driven by the transmission system operators (TSOs), which monopolise the information about the technical details of the energy system, but which have incentives that are not necessarily aligned with societal objectives. The EU infrastructure package is an extension of the current system of national-welfare centred regulations, a system which does not target the optimisation of the EU electricity network, and as such is inconsistent with a truly single market.

The most straightforward European single energy market design would entail a European system operator regulated by a single European regulator. This would ensure the predictable development of rules for the entire EU, significantly reducing regulatory uncertainty for electricity sector investments. But such a first-best market design is unlikely to be politically realistic in the European context for three reasons. First, the necessary changes compared to the current situation are substantial and would produce significant redistributive effects. Second, a European solution would deprive member states of the ability to manage their energy systems nationally. And third, a single European solution might fall short of being well-tailored to consumers’ preferences, which differ substantially across the EU.

To nevertheless reap significant benefits from an integrated European electricity market, we propose the following blueprint:

The Buzek Report acknowledges the need to move to joint network planning, better congestion management, converging incentives for the provision of capacity, ancillary services, and ‘greenness’, the need for a consistent market design and even proposes a cost socialisation scheme worth considering (point 27 refers to studying the possibility of a European levy for network investment). By the very nature of the report – it addresses a wider set of issues and is a compromise between many MEPs – it does, however, not provide a stringent vision itself.